Lets just get to the nitty-gritty shall we?
Competitors : 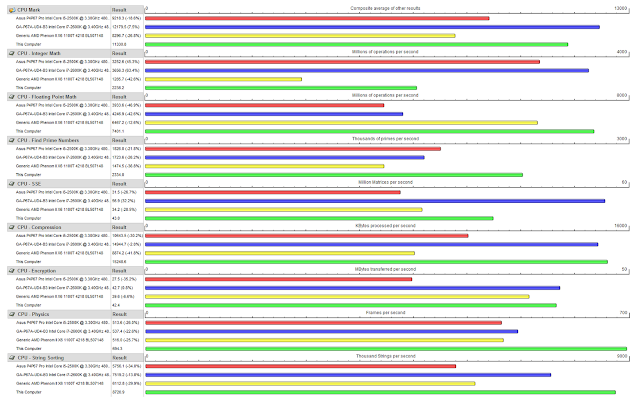 Comparing FX to the i5 2500k in this benchmark, AMD wins in seven out of the possible eight tests, and only loses in the CPU integer math test.

We can really see Bulldozer shine in this benchmark when compared to the older 1100t, and it manages to be right at intels door with performance significantly higher than its intel counterpart, the i5 2500k.
Posted by hjh at 03:54